Everything You Need To Know About Different Types Of Handwriting

Everyone in the world we see and meet has a different style of representing themselves. They have distinct body language, different countenances, different dressing styles, and so on. Similarly, everybody has different handwriting that materializes them into an intellectual version of themselves. A distinct handwriting style is a unique selling point for everyone. It is an efficient way of expressing yourself in letters by forming a comprehensible word that turns into an intelligible sentence.

An Interesting History of Handwriting:

Before moving further and learn everything about different types of handwriting, let’s take a tour back to its history class.

In the early time period, handwriting was based on pictures or images, similar to the Egyptian system of hieroglyphics. And the first alphabet came around the 11th century BC from the Phoenicians. It was later used to create a script by the ancient Greeks. And after some time, Romans made some modifications to the Greek alphabet to create Latin. These are the alphabets that we are using in today’s time.

Also, back in the 17th and 18th centuries, having decent handwriting implies a better status symbol. At that time, people take training from experienced individuals to get the hang of penmanship and master the art of great handwriting. So they get the opportunity to be employed by an authorized body to copy official documents.

Since the inception of computers, the importance of penmanship has dwindled greatly, especially during the 1980s and 1990s. But as time passed, people started to take a profound interest in bettering their handwriting skills.

Also sometimes referred to as Gothic Book Hand. Known to be the unchanging script of the Middle Ages, and that’s why people used it ardently from the 12th century to the 16th century. This form of handwriting is characterized by a vertical appearance, which uses different strokes to construct letters. It requires systematic uplifting of the pen’s nib from the writing surface. All forms of letters held separated from one another to provide the appearance of neatness and formality.

Pre-cursive handwriting provides the metamorphosis between printing and cursive handwriting. More likely, it is better for kids who already know how to write unjoined letters and are in the process of joining those letters. This writing style assures kids to start and finish their lettering in the correct form to be joined properly in the end. 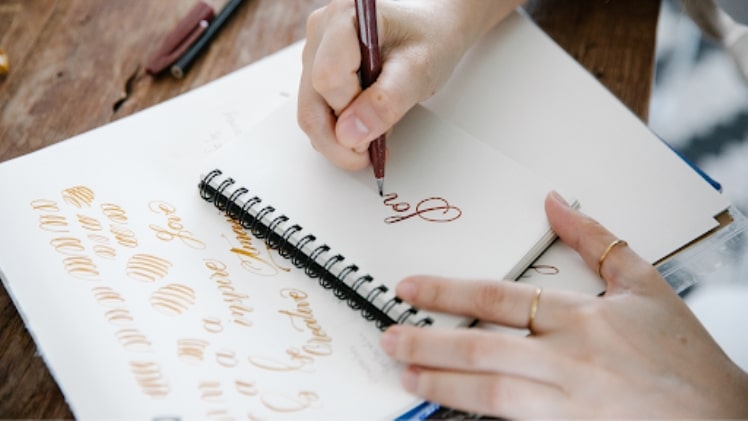 The initiation of cursive handwriting was invented for business purposes, to copy documents, letters, and so on. With its growing popularity among the numerous fields, people in the literary field started to use it in their texts gradually. Due to its complexity in creating a proper letter, kids are usually taught this handwriting a bit later in their schooling days. In cursive handwriting, all the letters in a word are connected to write quicker and with a better outlook.

Kids usually get the opportunity to learn basic cursive handwriting when they are seven or eight years old. Since it’s only basics, they get to learn how to create an alphabet in a cursive way. Besides that, there are many online handwriting classes available where children can learn cursive handwriting before reaching the age of seven. It is always the best idea to boost your kids whenever they show any sort of interest in extracurricular activities. Cursive handwriting is a broad term, it includes: 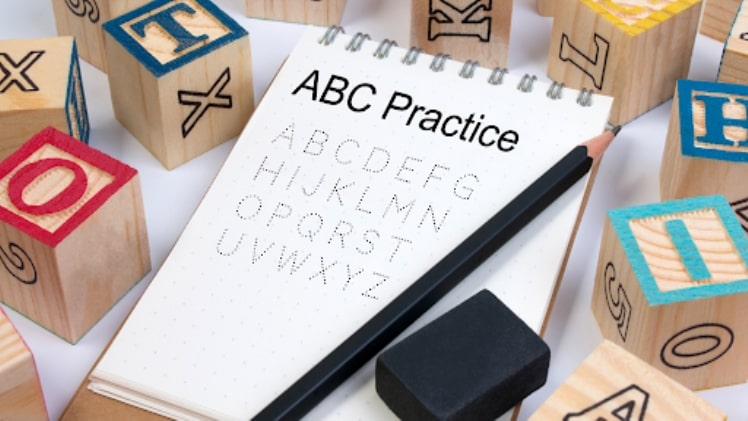 This is one of the first forms of writing that children get to document when indulging in the art of handwriting. Also known as block letterings, print handwriting can be seen mostly on official documents. This form of writing is easily understandable for kids in their initial stage. Since it follows the basic style, it becomes more reasonable to teach kids print handwriting. The lettering can be in any language. When kids start discovering it would be better to indulge them in Hindi handwriting or English handwriting and the varied language writings there is in the world.

Learning any form of handwriting and acing it are two different things. Some kids write only for the sake of completing the assignments that their teacher asked them to do, while other kids learn writing in a better way to become a pro in the future.

If your kid comes under the second category and you are looking for a platform where you can polish your kid’s capabilities and whatnot, then visit Piggy Ride. The website offers parents and kids an extensive list of options to choose from. Not only the platform provides different courses, extracurricular activities, workshops, and tournaments, but it also offers guidance to parents looking to take their parenting game to the next level. The QnA section is specifically created for you to ask any query you have. Visit the website today!

The indie band OK Go is being sued by Post after the band sent a cease and desist letter...

A recruitment agency is a bridge that connects employers to candidates, making them a crucial component of the hiring...

Selling a house with a mortgage can be a complex and overwhelming process, especially for those who are unfamiliar...

Online timesheet management software has several advantages for businesses. There are now individuals in this day and age that...

As you assess how your healthcare clinic is doing and how to improve, does anything stand out? The hope is...